For thousands of years, plants have produced food for humans, but with genetic tweaks, they can also manufacture proteins like Ebola vaccines, antibodies to combat a range of conditions, and now, cellulase that is used in food processing and to break down crop waste to create biofuel. Today in Nature Plants, a team from Cornell University and the University of Illinois announced that crops can cheaply manufacture proteins inside their cellular power plants called chloroplasts—allowing the crops to be grown widely in fields rather than restrictive greenhouses—with no cost to yield.

"This research shows the potential to improve people’s quality of life by producing medicinal and industrial proteins at costs that are orders of magnitude cheaper than current production methods," said Justin McGrath, a research scientist at Illinois’ Carl R. Woese Institute for Genomic Biology (IGB), whose work was supported by the IGB Fellows program. “Currently, protein production can cost hundreds to thousands of dollars per gram, but we estimate that this new approach would reduce costs to just a few dollars per gram, allowing production to expand exponentially to help meet market demand.”

Typically, these proteins are produced using cell cultures, where yeast or other microbes manufacture proteins in batch production. The genes that encode for these proteins are located in the nuclei of tobacco leaf cells. But each tobacco leaf cell has only one nucleus with one DNA copy to manufacture protein, limiting the amount of protein that can be produced. These plants must be grown in sealed greenhouses to prevent gene escape from their pollen.

In this study, the team engineered tobacco to produce cellulase proteins in the crop’s chloroplasts, where plants turn sunlight and carbon dioxide into energy through the process called photosynthesis. Each leaf cell contains about one hundred chloroplasts that contain thousands of copies of chloroplast DNA—which is separate from nuclear DNA—that can produce an enormous amount of protein.

“Given the huge health costs inflicted on global society, the idea of growing any more tobacco is not just bad, but ugly. But, this overlooks the fact that tobacco—as a crop bred to produce large quantities of leaves—could be a factory for good,” said Stephen Long, the Ikenberry Endowed University Chair of Crop Sciences at Illinois. "Chloroplasts are not present in pollen, making it possible to cultivate this engineered tobacco in fields and transform land once used for cigarette and cigar production into protein factories that can improve our health and industrial efficiency.” 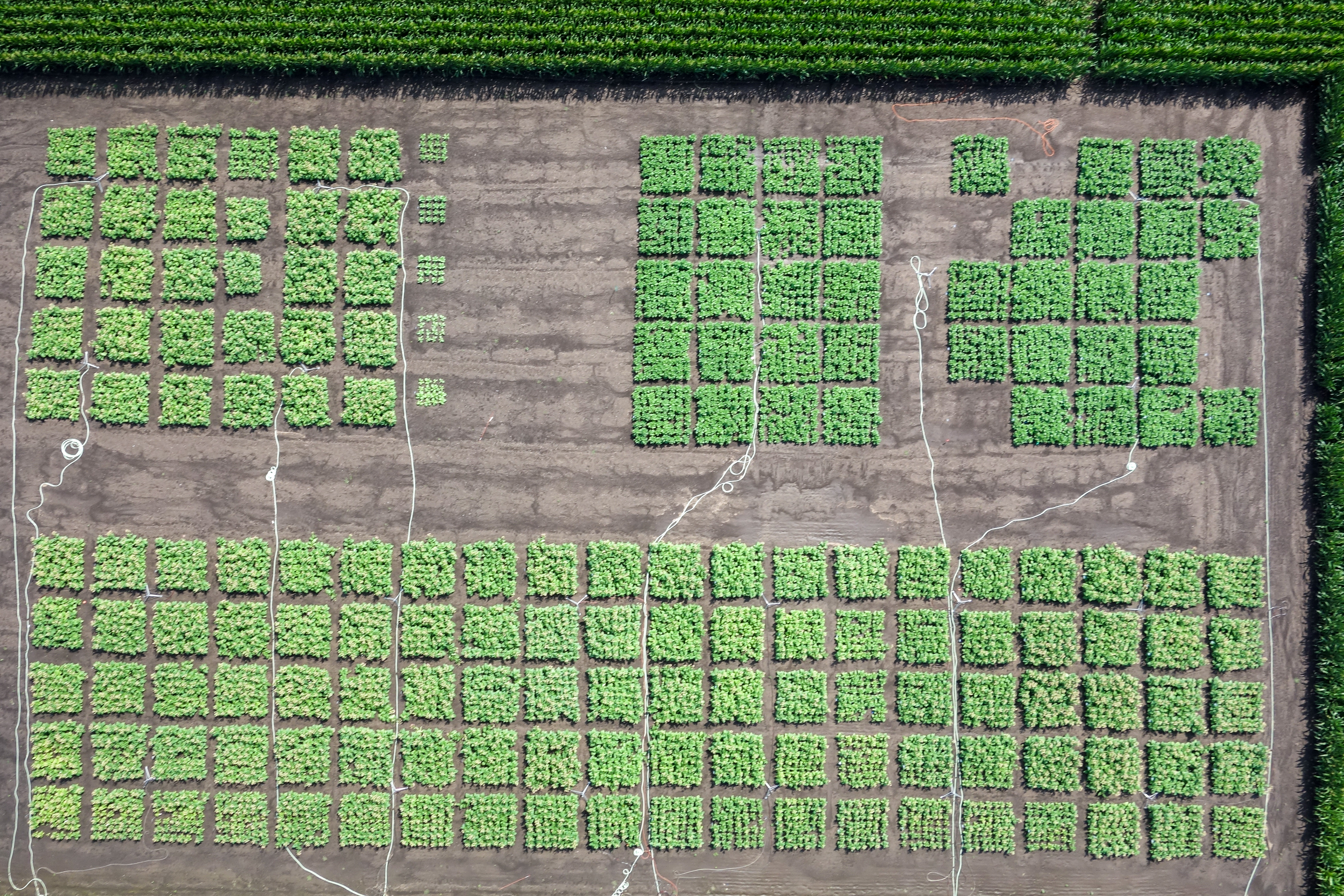 To find out, the team grew tobacco engineered to produce cellulase in real-world, agronomic conditions over two years at Illinois’ Energy Farm. While they detected a slight effect on photosynthetic capacity in one year, there were no detectable differences in yield in either year.

“We showed, for the first time, that large amounts of recombinant protein can be produced in field cultivation and that this does not compromise photosynthesis or crop productivity,” McGrath said. “This study opens the door to much wider testing of chloroplast protein production, and ultimately, tobacco fields that would do good for society.”

Established in 2007, the Carl R. Woese Institute for Genomic Biology (IGB) is an interdisciplinary institute dedicated to transformative research and technology in life sciences using team-based strategies to tackle grand societal challenges. The IGB serves as a centralized location for biological and biotechnological research at the University of Illinois at Urbana-Champaign, with work ranging from basic research that expands the horizons of human knowledge to applied research that builds on this foundational knowledge to create new technologies.

The open-access paper “Field-grown tobacco plants maintain robust growth while accumulating large quantities of a bacterial cellulase in chloroplasts” is published by the Nature Plants (DOI: 10.1038/s41477-019-0467-z) and available online or by request. Co-authors include Jennifer A. Schmidt, Maureen R. Hanson, and Beth A. Ahner.

Photos and captions related to this research are available online.

This article originally appeared on the Long Lab website and several others: